Judge Brett Kavanaugh is expected to be confirmed to the Supreme Court on Saturday with a Senate vote largely divided along party lines.

The confirmation process has been bitterly partisan, and disputes were exacerbated by allegations of sexual misconduct against Kavanaugh that began surfacing in September. In response to the allegations, the Senate Judiciary Committee heard testimony from Kavanaugh and Christine Blasey Ford, who alleges Kavanaugh sexually assaulted her when they were in high school. Kavanaugh denies the allegation.

Get the latest news and best in original reporting from CBS News delivered to your inbox. Subscribe to newsletters HERE: http://cbsn.ws/1RqHw7T

Get your news on the go! Download CBS News mobile apps HERE: http://cbsn.ws/1Xb1WC8

Get new episodes of shows you love across devices the next day, stream CBSN and local news live, and watch full seasons of CBS fan favorites like Star Trek Discovery anytime, anywhere with CBS All Access. Try it free! http://bit.ly/1OQA29B

---
CBSN is the first digital streaming news network that will allow Internet-connected consumers to watch live, anchored news coverage on their connected TV and other devices. At launch, the network is available 24/7 and makes all of the resources of CBS News available directly on digital platforms with live, anchored coverage 15 hours each weekday. CBSN. Always On.
Sign in or sign up to post comments.
Be the first to comment 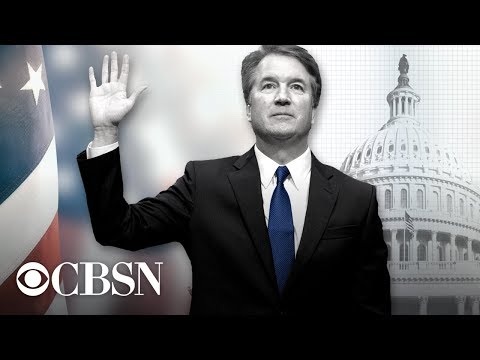 Judge Brett Kavanaugh is expected to be confirmed to the Supreme Court on Saturday with a Senate vote largely divided along party lines. The confirmat...