How to Not Get Scammed When Buying Health Insurance

If you’re not completely sure what you bought, there’s a good chance it isn’t real health insurance.

I’ve been selling health insurance for seven years, which has covered pre and post Obamacare policies.

The one thing that has remained constant is the fly by night indemnity plans that prey on your confusion and desperation.

I’ve lost count over the years the number of people who I’ve had to break the news to that they didn’t actually buy a full on health insurance policy.

This, as you would imagine comes with a decent amount of shock and surprise that something like that could happen.

As an attempt to help you avoid the mistakes of those people and me not wanting to tell you your health insurance is fake, here’s everything you need to look out for.

One of the fun treats Obamacare created was a health insurance buying season, this is more technically known as open enrollment.


This is the only time during the year where you are allowed to buy a “real” health insurance policy. It lasts for three months and traditionally starts on November 1 and ends on January 31.


Which, you might notice is slammed right in between the busiest holiday season of the year.


If you are looking to buy health insurance outside of this time of year, without a special enrollment, you need to wait for open enrollment.


Again those questionable indemnity plans can be sold anytime of the year because they don’t meet the requirement to be considered creditable coverage as defined by the law.


During your moment of desperation you might have filled out a few forms online trying to get quotes for that real health insurance policy you were looking for.


Within a matter of seconds your phone started ringing and hasn't stopped since.


What happened was the form you completed was part of a lead provider service that sells your information to a bunch of insurance agents over and over again.


Your phone number is that agents only plan on how to sell a policy.


So they will keep calling until they can’t call anymore.


If or when they do get you on the phone they usually are willing to blur all kinds of lines that increase their chance of getting you to buy.
Sign in or sign up to post comments.
Be the first to comment

How to Not Get Scammed When Buying Health Insurance 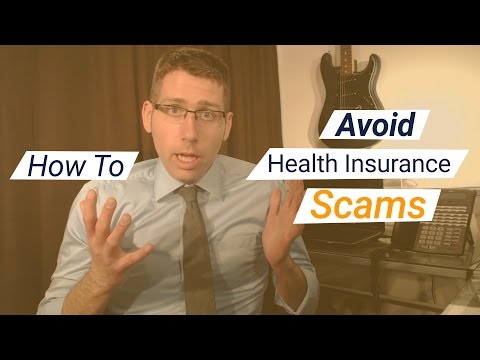 Next Step: http://hubs.ly/H01ndv70 If you’re not completely sure what you bought, there’s a good chance it isn’t real health insurance. I’ve been sell...