FenomenVideoPlayer
Two-division world champion Danny “Swift Garcia dominated in his super welterweight debut Saturday night, cruising to a majority decision victory over exciting contender Jose Benavidez Jr. in the SHOWTIME main event from Barclays Center in Brooklyn headlining a Premier Boxing Champions event. He saved perhaps his most expressive moment post-fight when he broke down in the ring discussing his struggles with mental health with SHOWTIME reporter Jim Gray, showing the authenticity that has made him such a fan-favorite in Brooklyn.

“I did take a break going through mental things, things went dark, I went through anxiety, deep depression, just trying to be strong,” said a visibly emotional Garcia. “It was the pressure of life, being a good dad, just letting it out right now, because it was all stuck inside. It rained on me for a year and a half and the only way to do better was to fight again. I’m a fighter. If you battle anxiety and depression, you can get out of it, that’s what I did today. I fought.”

Philadelphia’s Garcia (37-3, 21 KOs) has become a staple at Barclays Center ever since headlining the arena’s first boxing event in 2012, and his return on Saturday night against Benavidez (27-2-1, 18 KOs), saw him pick up his seventh victory in Brooklyn. 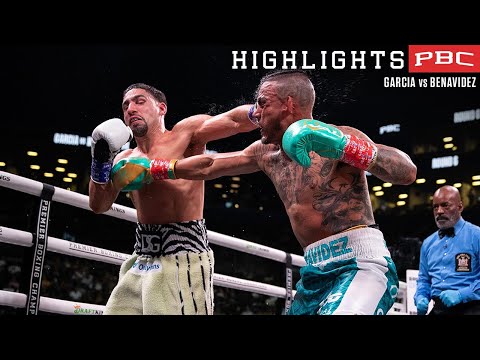