FenomenVideoPlayer
(Original airdate: 01/04/05) Bob Saget talks about getting pranked by his daughter, hanging out with John Stamos, and his “Half Baked” cameo.

ABOUT LATE NIGHT WITH CONAN O’BRIEN
Running from 1993-2009, Late Night with Conan O’Brien is one of the most beloved late night shows in television history. Known for its absurdist humor, hilarious celebrity interviews and featuring the best stand-up comedians and musical acts of the 90’s and early 2000s. Hosted by Conan O’Brien alongside sidekick Andy Richter and house band Max Weinberg and the Max Weinberg 7, Late Night with Conan O’Brien featured unforgettable segments like “If They Mated,” “In the Year 2000,” “Desk Driving” and made a breakout star of Triumph the Insult Comic Dog.

ABOUT TEAM COCO
Team Coco is the YouTube home for all things Conan O’Brien and the Team Coco Podcast Network. Team Coco features over 25 years of comedy sketches, celebrity interviews and stand-up comedy sets from CONAN on TBS and Late Night with Conan O’Brien, as well as exclusive videos from podcasts like Conan O’Brien Needs a Friend, Literally! with Rob Lowe, Why Won’t You Date Me? with Nicole Byer, The Three Questions with Andy Richter, May I Elaborate? with JB Smoove and Scam Goddess with Laci Mosley.ia 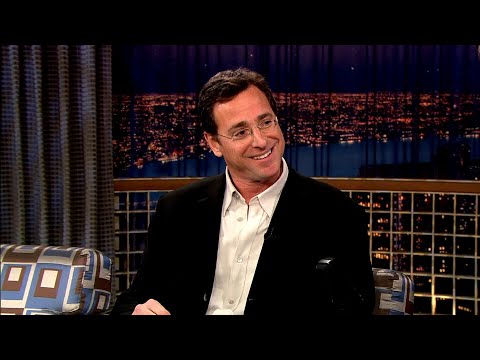 (Original airdate: 01/04/05) Bob Saget talks about getting pranked by his daughter, hanging out with John Stamos, and his “Half Baked” cameo. Subscrib...